This metal detecting story and detectorist melts my heart. It shows the compassion and selflessness of the metal detecting community on many levels and across countries.

Linden is the son of Cheryl, and the nephew of Drew, who I went to high school with in Vancouver, Canada. With classmates keeping connections over the years through social media, and Cheryl and Drew seeing my metal detecting ventures in Southern California on Facebook from time to time. Cheryl reached out to me to get an idea of what kind of metal detector she should purchase for her 11-year-old son Linden that is affordable. Knowing Cheryl is a newer single mother, I knew she probably couldn’t afford much. As I searched what could be in her price budget, I was disappointed at the detectors listed on Amazon Canada at the time, and I didn’t know any local metal detector dealers. I decided I would see if someone had a used, decent, starter metal detector that she could purchase locally. So I posted the following in a couple of metal detecting Facebook Groups locally in Vancouver and Lower Mainland.

“A friend / single mother is looking to buy a metal detector for her son, who is around 11 and five feet tall. I looked on Amazon.ca to see if there were any detectors listed that I would recommend for a kid at a reasonable price, but nothing was decent that I would recommend. So I wonder whether anyone has any for sale that a kid who is 11 would understand, and not cost an arm and a leg. A starter machine?”

To my surprise, a metal detectorist that goes by the nickname DiggerDonna from Ontario, Canada, commented she has a Go-Find she got free with the purchase of her Equinox 800 and would be happy to send it to my friend’s son.

DiggerDonna sent the detector, and Linden’s dream came true. He got a detector for his birthday.

Does that not melt your heart? Linden received the detector for his 11th birthday from a stranger from the metal detecting community. They even sent it to him from across the country and we all coordinated this across two different countries.

But this story gets even better, and will melt your heart even more. Linden, with his Minelab Go-Find, just made his first ring recovery, a diamond ring, after someone tagged Cheryl, his mom, in a local Facebook group. A local by the name of Kelly R. was asking if anyone had a metal detector and could help find a ring she lost while throwing rocks into the water at Strathcona Lookout Park near Deep Cove in the North Shore.

One good deed turned into another good deed. The detector that was given selflessly now gave back and found someone’s precious ring.

Below, I have interviewed Linden, now 13 years old, about the Minelab Go-Find, his metal detecting, and his recent ring recovery. See my questions and his answers.

Detecting with the Minelab Go-Find

Was the Minelab Go-Find metal detector easy to learn, and would you recommend it to other preteens and teens?
Yes, it was easy to learn. It has five settings of things that you can find, such as rings, nails, coins, and bottle caps, and you can turn them on and off so that it can just focus on one shape of the metal.

What kinds of areas do you metal detect? I noticed from photos that your mom posts that you have detected beaches, but have you ventured beyond beaches?
In my opinion, beaches are the easiest place to metal detect because lots of people go there, and it is really easy to dig things up. I have done a rocky beach (which is not easy at all) and a playground, which is not easy either. I have only done one of both of those because it is really hard to dig things up.

Ring Recovery with the Minelab Go-Find

Let’s talk about the ring. I heard it was pretty special and very sentimental. I haven’t seen a close-up photo of the ring. I did hear the ring was crafted by a local jeweler, who used jewelry her dad gave her mother over the years when they were still married. The ring was made of gold and diamonds. Can you tell me how thick it was and how many stones were on it? As well, if Kelly is open, share a photo of it.
The band was solid yellow gold. One large diamond in the middle and many smaller ones around the petals. The band’s width was about 4mm thick.

The reason I asked how it looked, I don’t know if you know Linden, but very thin gold rings with stones crafted for women can be some of the hardest to detect. Did the Minelab Go-Find scream on it or was it a quiet sound? Do you remember what it said on the screen? Sharing the info could help others learning their Minelab Go-Find know what to look for or hear.
It just made a high-pitched beep, which means the metal is circular, and the coin indicator was flashing.

Where was the ring when you found it? Also, how long did it take to find it?
It took me two seconds. My metal detector is collapsable, and as soon as we got onto the beach, I unfolded it and placed it on the sand. It immediately beeped, and I thought it was just because I had it on a high sensitivity setting, and that there was something like, a foot and a half underneath the sand so I looked under it and I saw a shiny gold circle, and there it was!

By the way, do you know about The Ring Finders, a website/database where detectorists can be listed to help do recoveries? If you didn’t know, it was founded by Chris Turner from Vancouver and is worldwide. Do you think one day you might join it?
I did not know about this. It seems interesting. It sounds like something that I would do in the future.

Linden, do you have a pinpointer? I know your uncle Drew contacted me to see what he could buy you as a present when you got your detector; I suggested an inexpensive pinpointer. Did he get you one? Also, if he didn’t, I might have let the cat out of the bag for a future gift. So sorry, Uncle Drew. LOL.
My Mom ended up buying me a UNIROI pinpointer that you suggested to her.

When your mother reached out to me to get a metal detector, she mentioned you watched The Curse of Oak Island and are familiar with who Gary Drayton is. Are there any other metal detecting shows or YouTubers you watch?
I usually just search up “metal detecting” on YouTube and just watch a bunch of different videos from a bunch of different people. I am especially interested in the ones where people find items from WW2. I am a huge history nut, especially for WWII, and I love seeing people find things like bullet shells.

Vancouver has some amazing metal detectorists, some I even know. Have you run into any while you have detected? Getting a metal detecting mentor can make a big difference in improving your skills. If not, I would be happy to do Zoom calls with you.
I have not.

I would like to thank Linden for letting me interview him and for doing his first recovery. I also would like to thank DiggerDonna for her kindness of giving Linden the Minelab Go-Find and giving a teen an opportunity to become one of us, treasure hunters. Hopefully, our readers liked this heartfelt story. 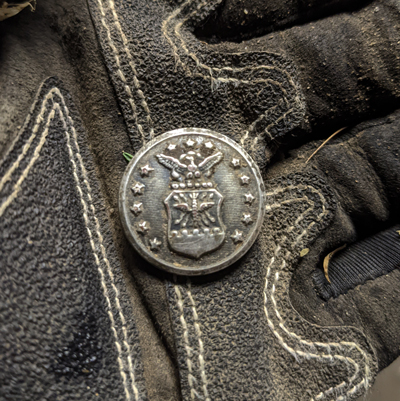 Sometimes metal detecting permissions are good and fruitful, and sometimes they produce nothing and can be discouraging. This permission had fun finds, and I was grateful I had the chance to detect it.  Being in Southern California, with many good detectorists, beaches and parks are pounded, particularly if you are looking for the old coins,… 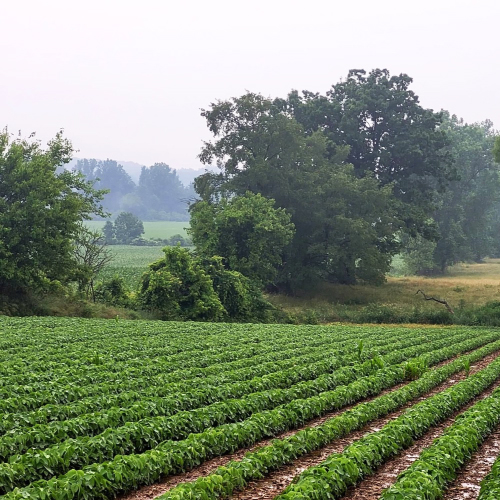 Disappointment to Joy, In the Same Day Some requests for metal detecting permissions don’t always go the way you want them to, well at first. In fact, this particular “quest for treasure” at this site started with a rejection!  Yes a rejection.  I have been researching this particular township near me in Michigan the better… 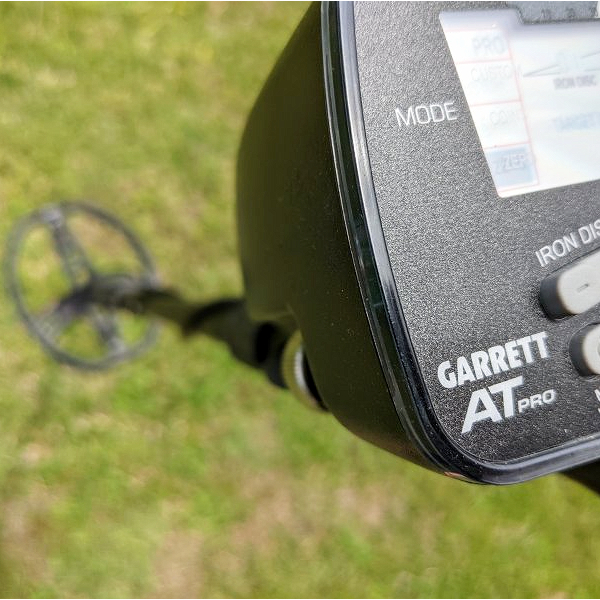 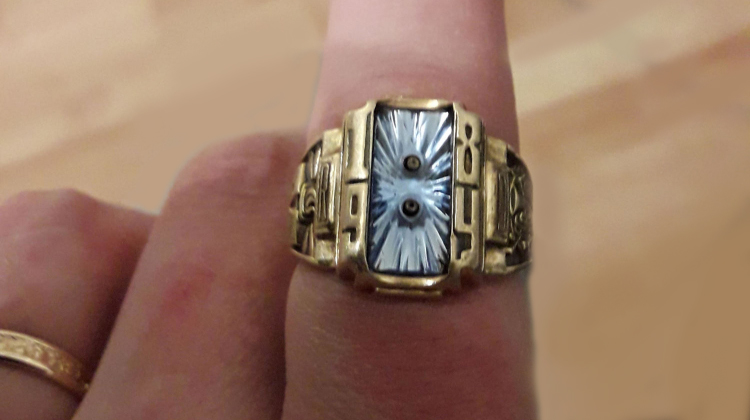 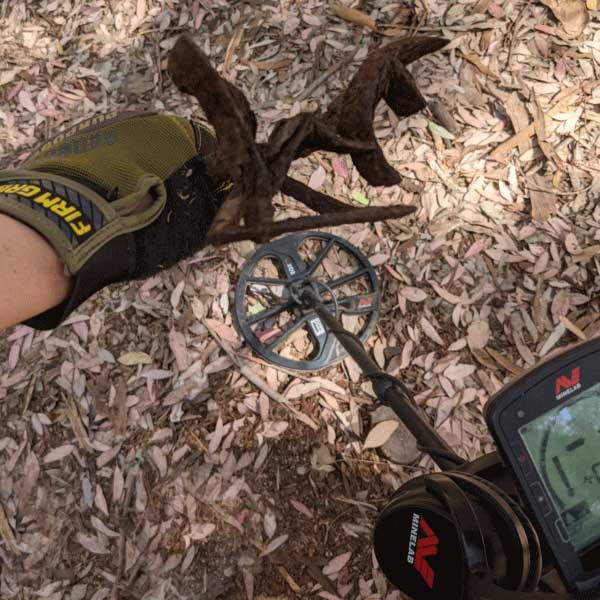 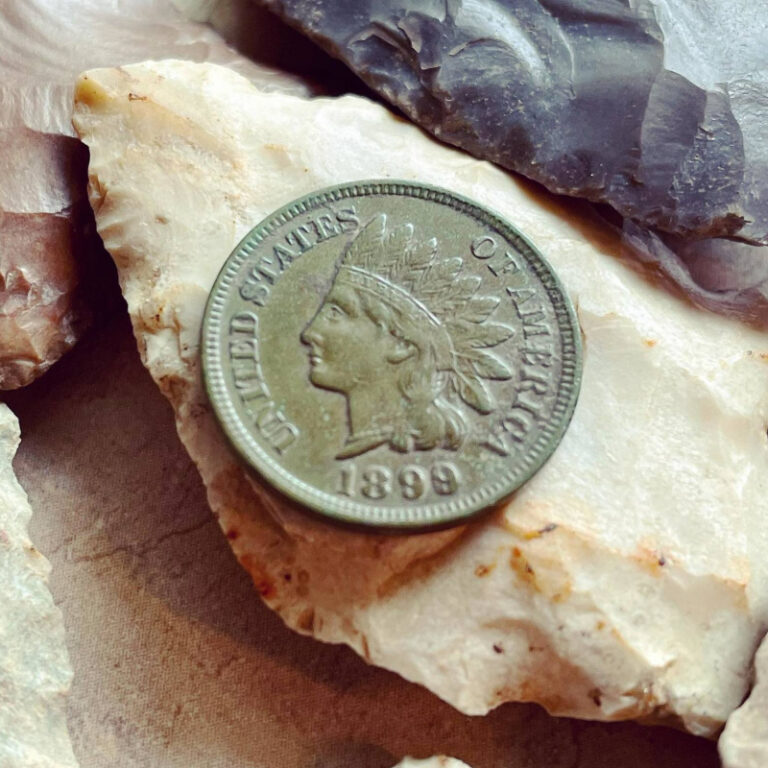 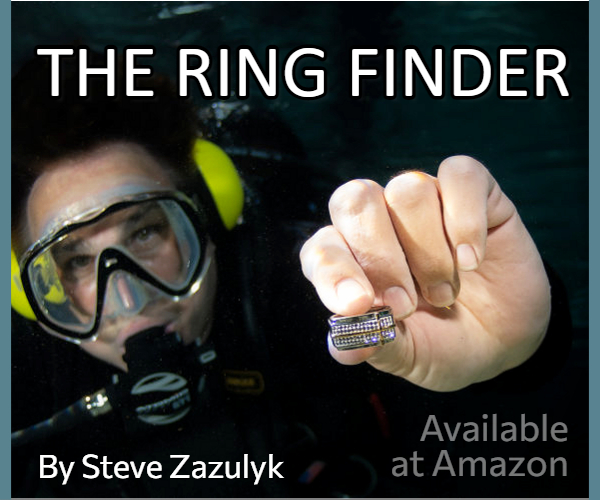