The history of Ohio is vast, admitted to the Union as the 17th state in 1803 and the first state from what was once known as the Northwest Territory. Like many states, Ohio has had its fair share of trials and tribulations. From Fort Laurens’s involvement in the American Revolutionary War, the battles of the Northwest Indian War, the War of 1812, and even the Civil War, and Morgan’s Raid Ohio has become a state of great historical value. Forts were established, treaties were signed, and early settlers moved in from the Appalachian Mountains to settle lands they saw as prosperous.

Early Ohio Country settlers built cabins and formed homesteads they eventually passed on to their families. Some, even today, are still a part of those original Ohio families. My family helped settle the area of western Ohio where I reside. There are streets that bear their names and old land maps show their footprint in the history of this state. I am not proud that our land was taken from the indigenous tribes that once loved this land, but I am thankful for the grit and determination my ancestors had which drove them to explore uncharted territory.

A twenty-minute drive west of my home is the site at which the Treaty of Greenville was signed in 1795. This treaty opened the lands of the Northwest Territory and ended the hostility between the early settlers and native tribes for a period of time. This same area is also where Annie Oakley grew up and called home before her days in the Wild West.

I can head a bit north of my home and there sits a site known as Fort Loramie. A gentleman by the name of Greg Shipley and others have been working in that area to uncover the old fort that once sat there and he has discovered some really incredible pieces of history.  I highly suggest if you are curious about Ohio history you find Greg on Facebook to see all of the relics and bits of history he’s working to preserve. Fort Loramie is just one of the many forts that once dotted the lands of the early Ohio Country.

I do not have to go far to find history in my area of Ohio.  I can walk the river across the road from my house and find native artifacts mixed with relics from the early settlers. This river was once defended by militia members during the War of 1812.  Though not a historical site, the history it gives me is neverending. I know most people who pass this river have no idea of the relics it holds or even consider how many early settlers crossed it on their way to new lands. I do because I metal detect and walk along that river every summer.

The same can be said of the land I live on as well. My home has an original 1800s cabin inside of 1960s updates.  You wouldn’t know it by looking at it, but with a little research, I’ve been able to document the families that once called this place their home. Through metal detecting my land I have also come to know those families in a more personal way.

On my property, I have uncovered a lot of history. In 2022 I unearthed a NY Militia button from my side yard. A few months after that I found an Indian Wars button.  I am always amazed at the relics that I uncover. Some relics are indicators of the lives the early settlers of Ohio carried with them when they came. Others are tools and household items which helped make their lives easier at the time.

Just last week, I was granted permission to start metal detecting a property of a fellow local historical society member. Sitting with him in the kitchen of the property, I learned the house was once part of the Underground Railroad and in the early 1900s was the home of an illegal bootlegger. The old cabin that once sat on the land is long gone, but the history is still in the earth around the home that sits there now.

My first outing at the site produced a beautiful piece of history I am still working on identifying. It is a gilded piece with an eagle on it that is holding a bundle of arrows and a shield. There is an olive branch to one side of the eagle and thirteen stars above the eagle’s head. It seems larger than a button and it just may be an old horse bridle rosette. I can’t be certain just yet, but I am still grateful to have found it so that I can preserve it. One thing is certain, it is part of a patriotic history that covers the lands of Ohio.

A lot of detectorists get hung up on Civil War artifacts. Though Ohio only had one documented battle with Morgan’s Raid, there are still Civil War relics to be found. Many of the young men from this state enlisted and fought. Some never came home, but those who did brought home their uniforms and other mementos of their battles.  Quite a few can be found metal detecting the homes of these past soldiers.

The same can be said of currency. Having been admitted to the Union in 1807, many early Ohio settlers brought old currency with them. That means there is potential to find dropped coins from the early days of our country.

Another relic that is common to find is old railroad parts. The railroad boom of the 1800s left behind a lot of debris and relics. Between my home and the river that sits in front of it was once a rail line that is now long gone. I have found a lot of railroad pins in my yard. Whether they were repurposing them for other uses I’m not sure, but I’m sure they found uses for some of them. Whether it was by melting them down to make nails or other items, early settlers always found a use for what they had. Along the river near where the rail line once sat, I have discovered tools that were used to build that rail line. Lost to the earth, but found through metal detecting.

Ohio is not known for beaches, but we have those too. They are found along lakes such as St. Mary’s and Ft. Loramie, as well as many other lakes that dot the state, including the Great Lakes to the north.  Tremendous battles were fought near the Great Lakes and metal detecting in that area has produced quite a few historical finds for the detectorists in that area.

Ohio may not have been the center of major conflicts, but it definitely saw its fair share of history. A history that spans hundreds of years. I know in my lifetime I will never uncover all of the relics that rest in the soil around my home and community. However, that won’t stop me from finding and preserving what I can.

New homes are built daily on old settlement sites and farm fields in Ohio. We are losing the history beneath our feet. Metal detecting is one way we can preserve it. I hope by sharing the history of the state I call home I can help others gain an appreciation for the Buckeye state beyond the sports teams the masses follow.  Ohio’s history is extensive and through metal detecting I know I’m saving it for future generations to understand and appreciate. Happy hunting.

Other Items I Found Metal Detecting in Ohio

Imagine – you’re experiencing the thrill of finding Indian head pennies, Mercury dimes, old TootsieToy cars and other relics out of a small part of a yard of an 1860s miner’s cottage. When you’re finished, you spread your finds out over a table to show the property owners. They take everything, saying they want to… 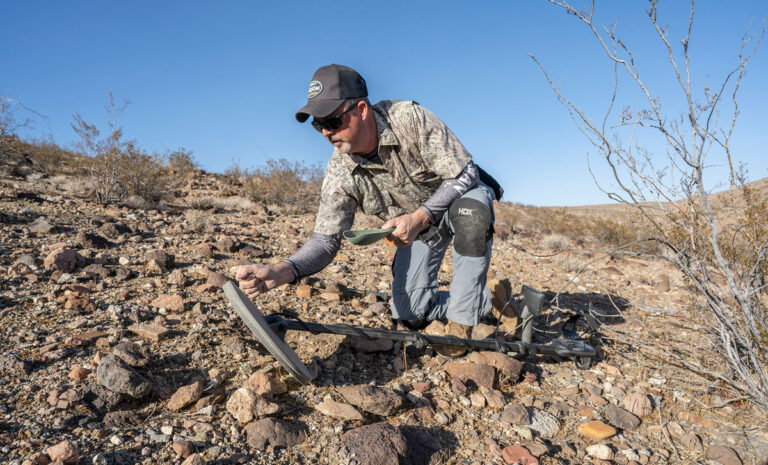 Even though the Garrett Axiom was engineered as a gold nugget metal detector, detectorists have successfully used it as a relic and coin hunting machine. The Axiom detector does well in mineralized soil, sand, and clay, where many standard detectors would struggle. Two advanced recognized detectorists who have good things to say about the Axiom… 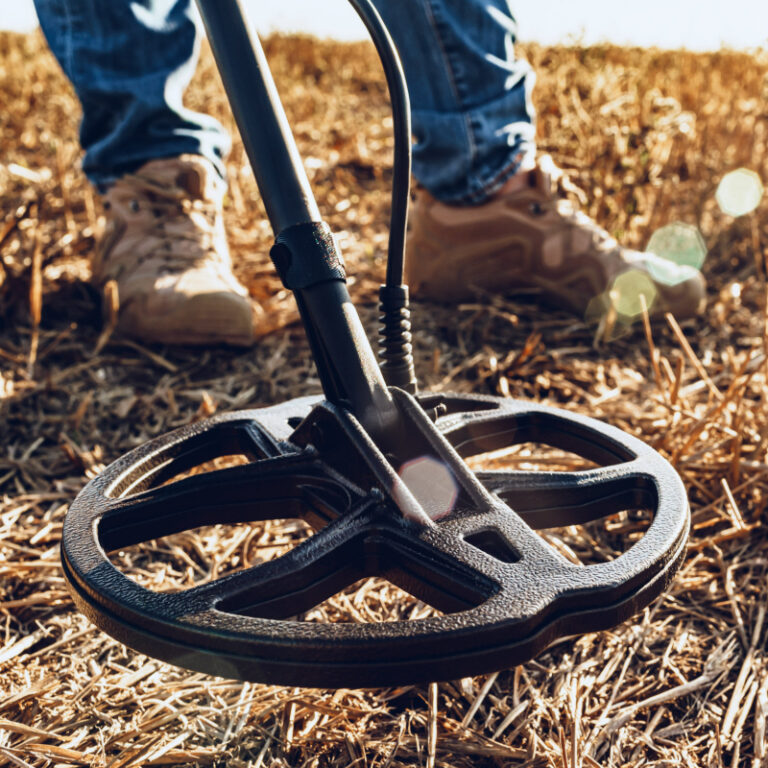 It is absolutely true that “Dumb Luck” strikes a Treasure Hunter like lightning does on rare occasions and they find… or stumble upon… a valuable cache of treasure even though they were doing a number of things wrong in the way they were going about searching for treasures. The odds of that finder being you are about… 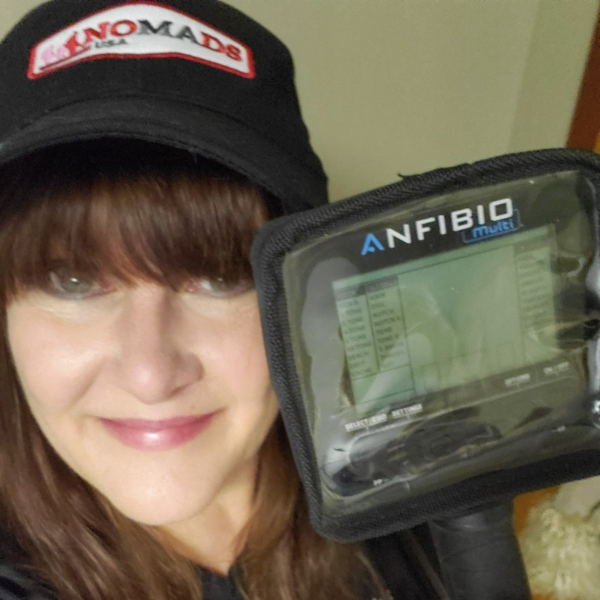 One of Focus Speeds’ readers asked if we could publish some tips for Anfibio Multi users. I contacted Dilek Gönülay, Director of Sales and Marketing at Nokta Makro, and asked her who is one of the best with the Anfibio Multi, she suggested Siren Kimmie. Siren Kimmie has been metal detecting for around 10 years,… 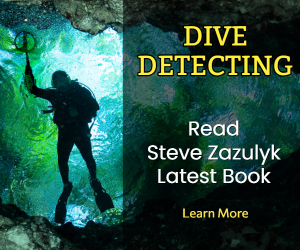